What is targeted advertising?

First of all, what exactly is targeted advertising? Well, targeted advertising is designed to help businesses display adverts that will be relevant to particular groups of people. As identified by demographics, such as age categories and location. And this makes perfect business sense. I mean, if you are welder, you’re not going to place an advert in Cosmopolitan, as that would most likely be a waste of your advertising budget. Instead, you would pay to advertise in more relevant publications. Facebook’s targeted advertising works on the same principle. And it has the added advantage for us as the users, as we are shown adverts that are actually useful to us.

So is this simply Facebook selling your data to companies and publishers?

The answer is categorically NO. Facebook doesn’t sell data. That is a common misconception perpetuated by lazy journalism. In fact, as was clearly discussed in last nights senate hearing, Facebook does not sell user data. TechCrunch transcribed Zuckerburg’s response perfectly:

There is a very common misconception that we sell data to advertisers, and we do not sell data to advertisers. What we allow is for advertisers to tell us who they want to reach and then we do the placement. So, if an advertiser comes to us and says, ‘Alright, I’m a ski shop and I want to sell skis to women,’ then we might have some sense because people shared skiing related content or said they were interested in that. They shared whether they’re a woman. And then we can show the ads to the right people without that data ever changing hands and going to the advertiser. That’s a very fundamental part of how our model works and something that is often misunderstood.

Selling data is for data scrapers on the dark web. And is definitely something you should be concerned about. But Facebook isn’t selling it. This probably isn’t for any noble issue like privacy or user protection, it is simply good business sense.

Companies want our data. And they always will. But Facebook has it. If they were to sell it to the highest bidder, they’d only get paid once. If they keep hold of it they can profit from it millions of times over. By selling advertising space that will reach a target audience.

How does Facebook targeted advertising work, if the companies and advertisers don’t have our personal data?

So if our personal data is safe, how does Facebook targeted advertising work. Well, let’s take a look at exactly how it works, from a marketers perspective.

#1:  First of all, we create a post that we think is worthy of attention- so we decide to “boost” it. Facebook’s friendly term for launching a targeted advert. 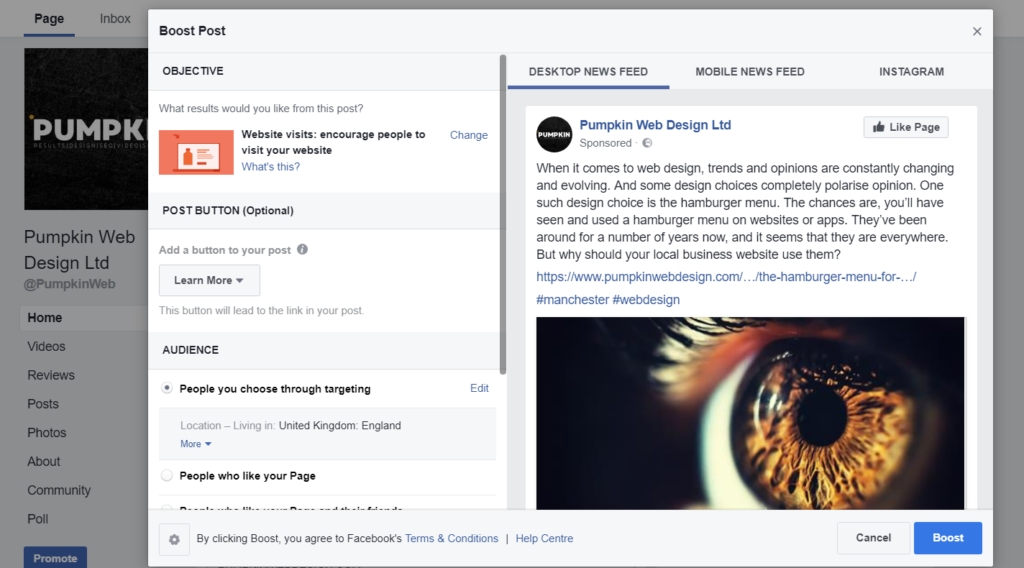 #2:  We can then target our audience. Using pre-defined, large demographics like age, gender, and interests. The interests have been identified by Facebook by your page likes, and groups you have joined. As you can see, on the marketing side, this is in no way personal. But we at least know people who might be interested in our work will see it. 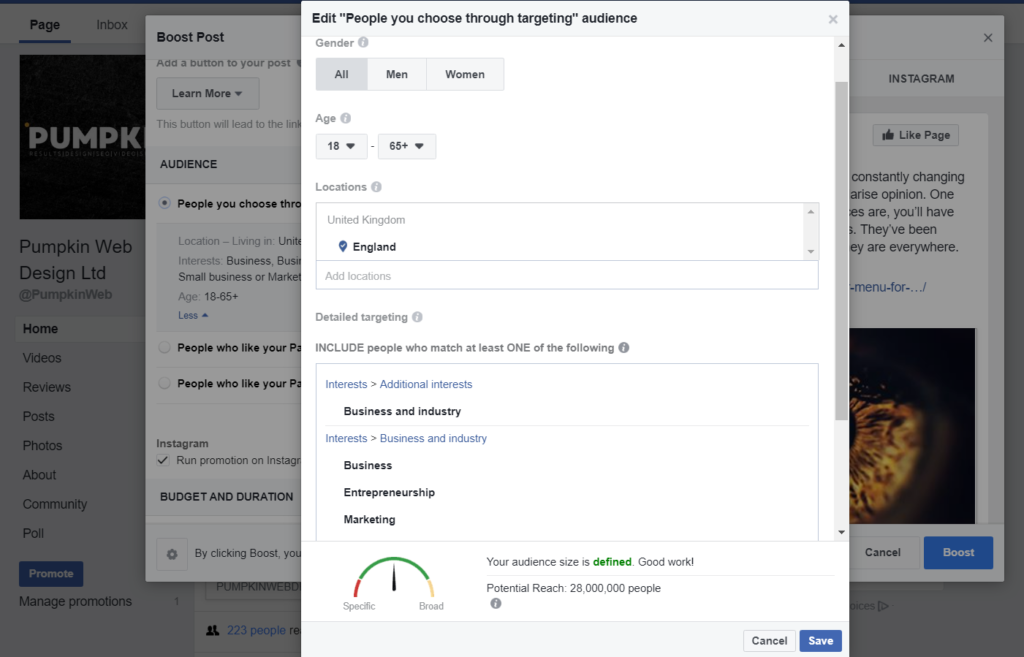 #3.  We can then set a duration, for how long we want the advert to run for. Longer campaigns cost more. But this is how Facebook profits from using your user data. And then we pay (but we wont show that step for obvious reasons). 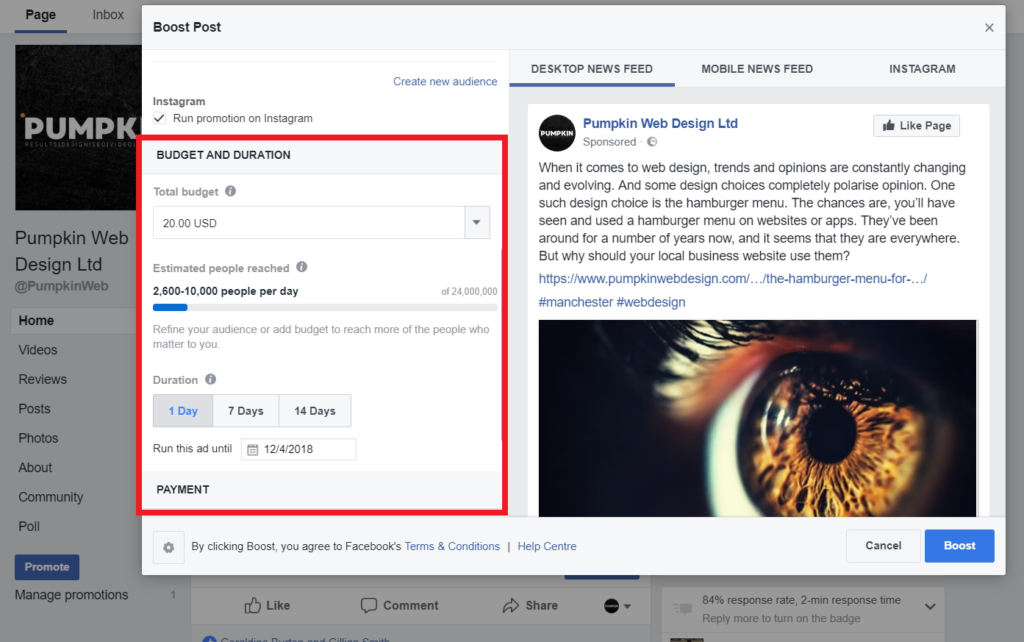 Once the campaign has been launched, we as marketers have no idea who is seeing our advert, and who isn’t. We have no access to a list of viewers etc. We only know how many people have viewed the advert, not who they are. Unless of course they like our post or comment on it. But that is entirely user choice.

Now that you can see how Facebook’s targeted advertising works, it’s pretty clear how effective this can be for small and medium sized businesses. For example:

For more information, or for professional web marketing support, get in touch with the experts today, here at Pumpkin Web Design.